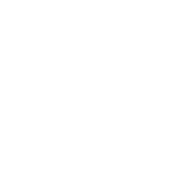 The Darkest Horse™ partners with organizations to help them remain competitive while empowering diverse talent to thrive by embracing emerging technologies and instituting strategies that maximize human potential. LEARN MORE 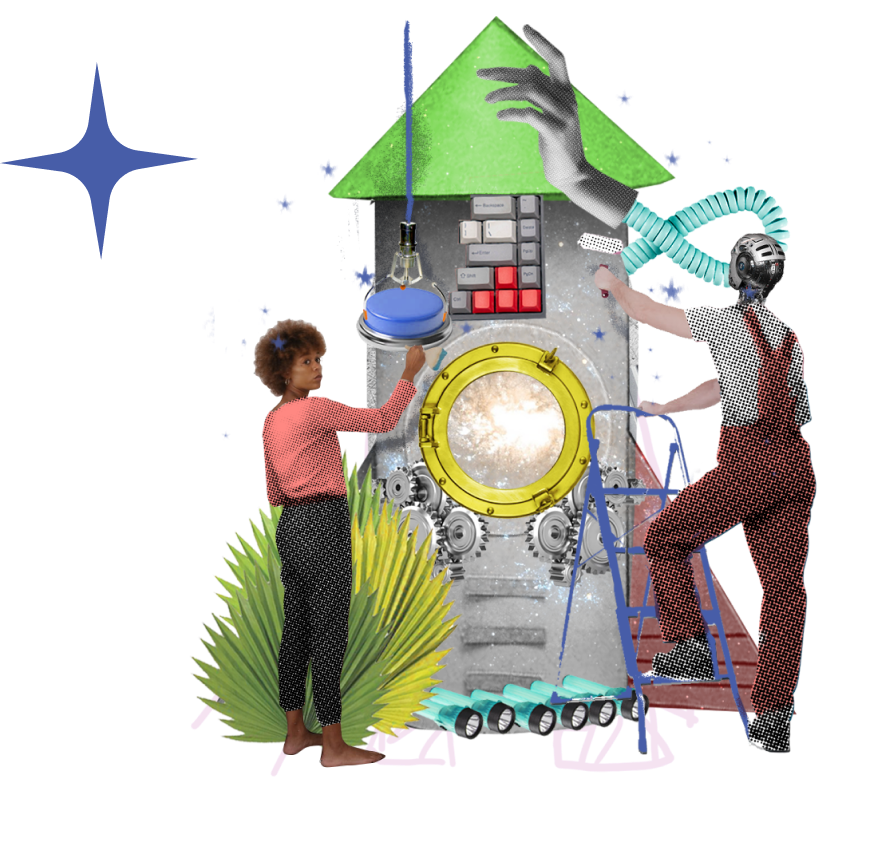 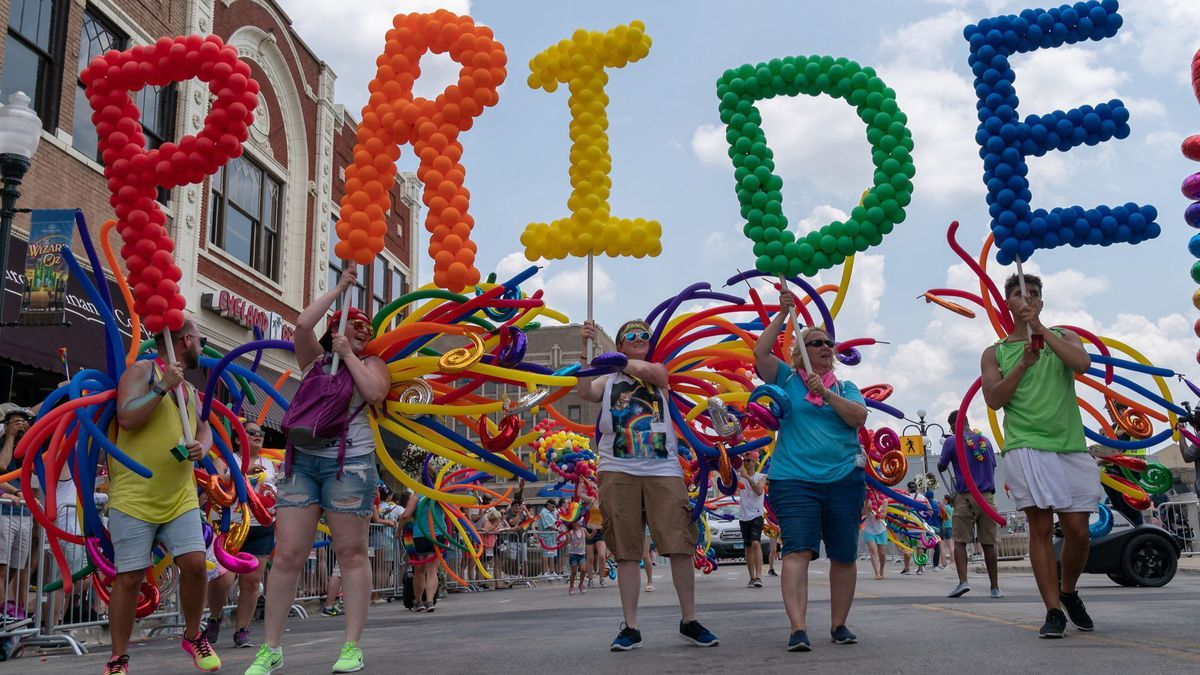 Every year, as Pride Month rolls around in June, a debate erupts about whom Pride is for, and this year is no exception. Whether cities are holding their commemorative marches in a few weeks or a few months, cities across the country are debating the many ways Pride is policed and as a result, who feels safe, welcome, and included at Pride.

The Pride banner flies over a wide spectrum of identities — the acronym itself is long and ever-growing. At The Darkest Horse (TDH), we most often use LGBTQIA+ (Lesbian, Gay, Bisexual, Trans, Queer, Intersex, Asexual, and beyond) which includes folx across spectrums of gender identity, orientation, and biological sex, all in one group! These different communities may seem to come together in a beautiful rainbow of solidarity, but there are continue to be hotly-debated questions like: who counts as part of the family? Who is allowed to celebrate Pride? Who can be in LGBTQIA+ spaces?

Debates on Police officers’ presence at Pride, both in terms of marching in Pride and overseeing security, have been present throughout Pride’s history. The debate on police presence at Pride centers around LGBTQIA+ interactions, relations, and history with police.

If we start with a historical lens, we’re brought back to the Stonewall Riots that started on June 28, 1969, which marked a major turning point in the Gay Liberation movement and is the event that the first Pride parade, one year later, commemorated. The Stonewall Riots  were an uprising against NYC police who would frequently raid gay bars, harassing patrons, issueing abuse and arrests. The origin of Pride marches was to resist in an era when cross-dressing and sodomy laws existed, which criminalized queerness and transness. As a result, LGBTQIA+ people were frequently targeted, harassed, surveilled, and discriminated against by police, both at the Stonewall Inn and the country at large.

As we look at more recent events, the rates of brutality and violence against Black and Brown citizens has caused a great deal of distrust and fear of the police. LGBTQIA+ identities run across race lines, and as such Pride communities seek to foster safety and protection for our BIPOC community members. If police have a presence at Pride, many LGBTQIA+ people (particularly Black and Brown members of the community) may not feel safe to attend the march.

This year, Several cities across the U.S (and the world) have officially banned on-duty/uniformed cops from attending Pride. Most notable of these cities is New York, the birthplace of Pride. Other cities include Denver, San Francisco, and Toronto. In their announcement, NYC Pride stated that they are “unwilling to contribute in any way to creating an atmosphere of fear or harm for members of the community.” In these instances, non-police private security is being leveraged to keep the event safe.

Debates often arise on whether or not kink should be allowed space at Pride. “The discourse itself revolves around whether kink apparel and paraphernalia render the space unsafe for minors or nonconsensually involve observers. But it’s also rooted in respectability politics — and a push for LGBTQ people to be seen as ‘acceptable,’ or even ‘normal,’ in a heteronormative society” (Haasch & López, 2021). Those that think kink should not be part of or included in Pride have two primary arguments: (1) allowing kink at Pride makes the space unsafe, uninclusive, and inappropriate for children, and (2) allowing kink at Pride nonconsensually sexualizes the event/forces spectators to participate in the marcher’s kink. Meanwhile, those who support a kink inclusive pride argue that kink plays a large role in Pride’s history (and the broader LGBTQIA+ movement), and that dressing in kink (leather, rope, puppy) does not “force” others to participate in their kink. The question of what it means to be dressed “too sexually” comes to life and is highly contested.

We believe that kink has a place in Pride, in part in recognition of the role the kink community has played, and continues to play, in Pride and the LGBTQIA+ movement more broadly. What we currently call “kink” represents the kind of boundary-expansion that Pride is all about, and as long as it is expressed safely and consensually, it is of the very fabric of LGBTQIA+ liberation. Historically, we look to two trans women who are counted as originators of Pride: “Marsha P. Johnson and Sylvia Rivera, had cross-dressing charges on their records and were considered ‘kinky’ by the definition of the time” (Haasch & López, 2021). Rather than continuing to stigmatize this expression and liberation, TDH supports making space for these members of the LGBTQIA+ community.

To our straight allies roaming the rainbow aisles at Target, you are welcome at our Pride events, even if you’re not in the LGBTQIA+ fam, if you are an active supporter and advocate of LGBTQIA+ rights and equity. Remember: the TDH definition of an “ally” is not a title but a practice of active advocacy based in awareness of the community, its history, and its culture. So yes, support our joy and our visibility! But remember that you’re a guest in queer spaces, and always be sure that you’re making space, rather than taking space.

In the end, Pride is for anybody who is a true supporter of safety and equity for the full spectrum of LGBTQIA+ identities, including intersectionally across race, ethnicity, class, ability, neurodiversity, age, and all other aspects of human experience. We hope you all have a safe and joyful Pride Month! 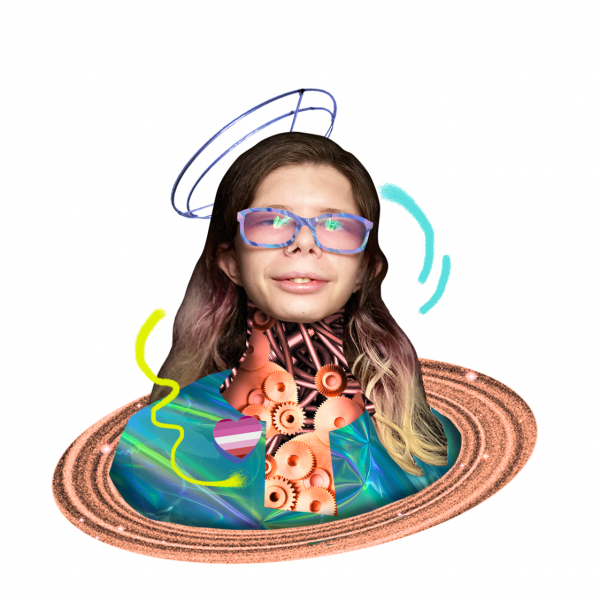 Intern at The Darkest Horse™

Listen To Our Podcast